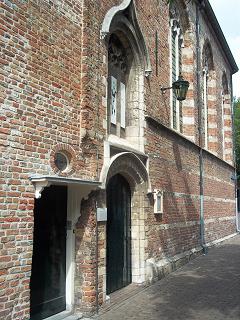 Middelburg is the cultural heart of Zeeland. The city has more than 1000 national monuments and is therefore in the top 10 in the Netherlands. Main attractions are the town hall and the abbey. A tip is the historic Kuiperspoort street.
– Town hall on the Markt
– Abbey
– Abbey churches
– Long John abbey tower
– Kuiperspoort / Coopers gate
– National monuments
– Zeeuws Museum

Veere event
The historical maritime spectacle event Veere 1809 was held in 2019 in the village of Veere. The central location was the Torenwal. Five hundred extras participate in soldier costumes from that time. The French and Dutch soldiers had to defend the city against the English who had sailed from England with an enormous fleet in July 1809.
– Veere 1809